Gerald Johnson, a Michigan priest who claims to have died temporarily in 2016 due to a heart attack and ended up in Hell. Why would a priest end up there, you might wonder? Who knows? Certainly not Gerald, who was equally shocked as he finds himself in the afterlife least expected, especially when he discovered Rihanna was Hell’s main attraction.

“My spirit left my physical body,” the priest says in a recent TikTok. “I thought I was going upward, because I thought that I had done so much good in this lifetime and helped so many people, and made so many decisions that were Godly decisions. But as opposed to me going up, I went down. I went literally into the centre of the Earth. That’s where Hell is.”

Once he got to Hell, Gerald apparently saw incidents of such pain and torture that, he says, “I wouldn’t wish it on my worst enemy”. Gerald recalls: “His eyes were bulging and worse than that: he was wearing chains on his neck… it was a demon holding the chain.” 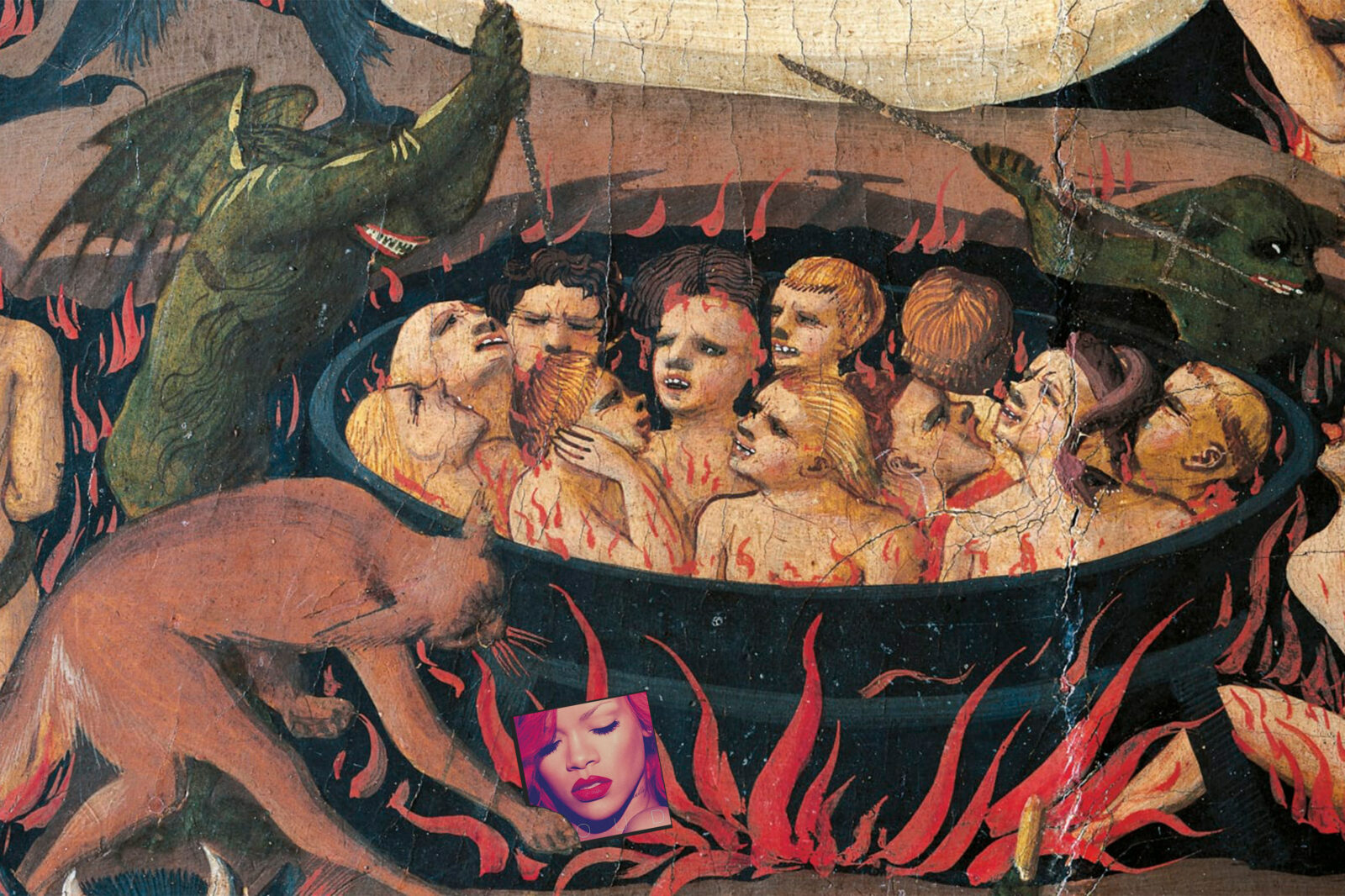 One of the most bizarre punishments that Gerald was subjected to for his sins, though, was a rendition of Rihanna’s “Umbrella”. Unfortunately, it wasn’t performed by Ri herself, but by a demonic cover band. “It just blew me away,” says Gerald, adding that there was a whole section of eternal damnation dedicated to musical torture, with other hellish hits including Bobby McFerrin’s “Don’t Worry Be Happy”.

In fact, Gerald appears to imply that devils created Rihanna’s lyrics, along with some other worldly songs, and passed them to the singer when she acquired “illegal admission into the spirit realm.” by… smoking weed. When Rihanna said: “You can stand under my umbrella, ella, ella, eh, eh, eh”? Yeah, that was the spawn of Satan talking.

In the end, Gerald says: “Every lyric to every song is to torment you [for] the fact that you didn’t worship God through music when you were on the Earth… you chose to worship Satan by repeating the lyrics that he inspired to come into the Earth.”