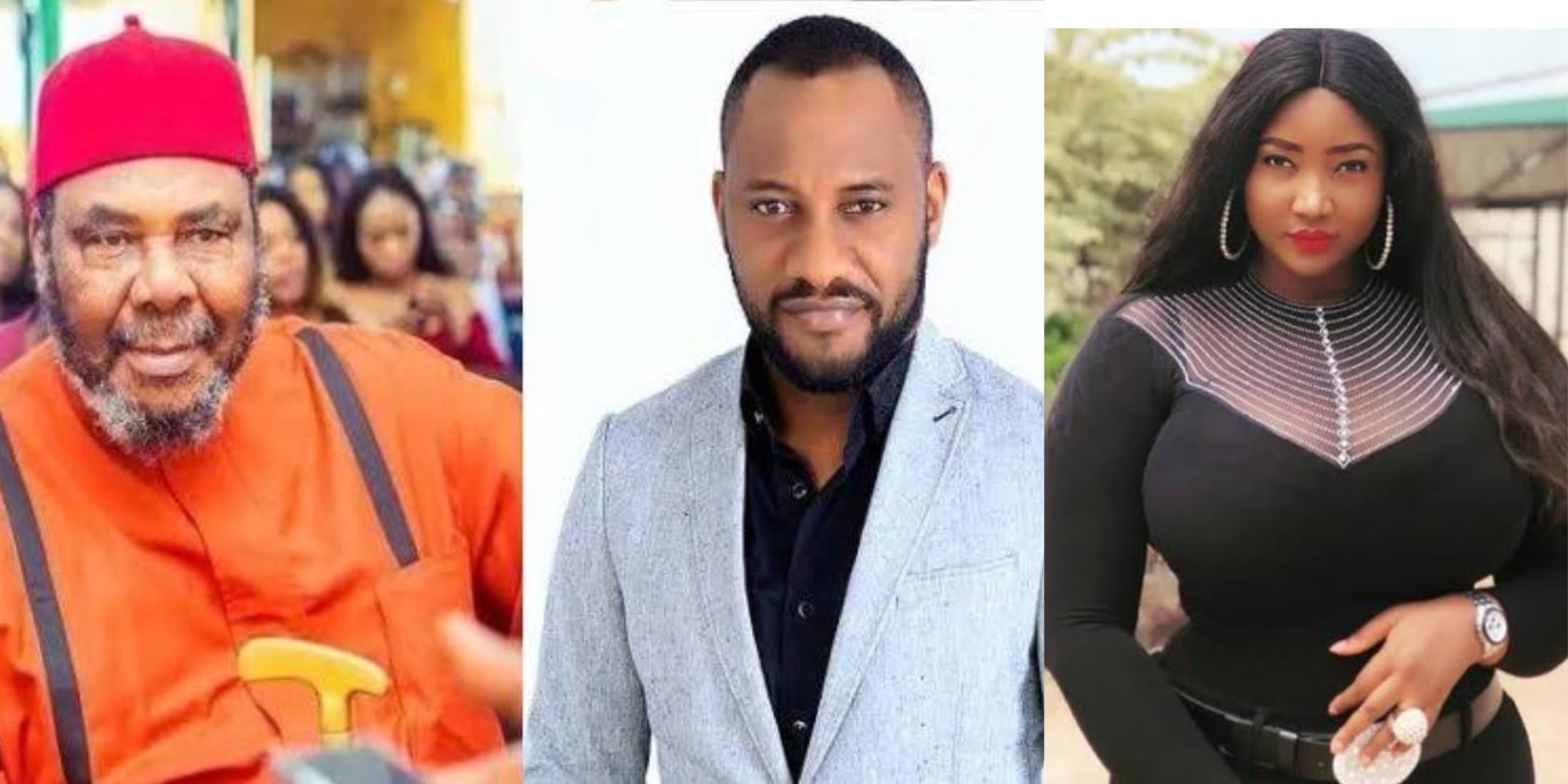 Netizens have reacted after Nollywood actress Judy Austin announced her new movie titled “The God Father” is on the way.
In a post shared via her IG page, Judy, who was excited about the movie production, went on to list her husband Yul Edochie and her father-in-law, Pete Edochie, among the cast members for the new production.

According to her, this is the first movie they are producing this year, and she stressed that the movie is going to be exceptional, anchored by the best actors, which include her father-in-law, Peter Edochie.

“Our first production of the year!!! THE GOD FATHER!!! This movie is going to drop like an explosion! Packed with the best actors in the game.

vin_vivy2: “Husband,wife and father in law in one movie e choke .”

chy_4_life: “Am loving what am seeing here, father in law inclusive in this movie, she is accepted in the family already, for those fabricating stories of what Pete didn’t say, u guys can now see it, on line in-laws rest in Jesus name Amen.

” chika_duru25: “If you critics don’t like Mrs Judy then stop flying to her page to insult her as if you’re better than her.kindly block and unfollow her periodtt

treashyoly: “A desperate woman can even swim the red Sea …and Karma might take time but must surely Come….. Adding Pete Edochie will not still make you a wonderful wife….. Okirika can never be regarded as Turkey wear…. Enjoy while it last.”

jaliaismail7: “Bh u gal, how do u honestly feel after ruining some ones marriage ehhhhhh yo courage is f world cup bh honestly u deserve he’ll. Imagine calling yo self yul …….”

janiloveahimahnaa: “Madam leftover everyone knows your name why won’t you tattoo Yuledochie all over your body and keep him in cabinet for us to know u are the owner.”

“This is not only personal attack, it is satanic” Wumi…