23-year-old female security guard, Gabriella Hutchinson has died following the injuries she sustained from the stampede at the music concert hosted by singer Asake in Brixton Academy, United Kingdom.

The victim, who was working as a contracted security provider at the concert, died on Monday, December 19 at the hospital, four days after the incident on Thursday night, the police said. 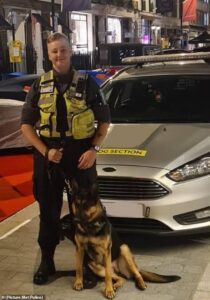 Hutchinson became the second victim who lost her life in the incident, after Rebecca Ikumelo, aged 33 died on Saturday.

The Metropolitan Police disclosed that a third woman, 21, who was still receiving treatment, was in critical condition.

Over 170 People Lose Their Lives In Indonesian Stadium Riot

“It is devastating news that a second person has lost their life following the events on Thursday.

“I wish to express my heartfelt condolences to Gabrielle’s family at this unimaginably difficult time.”

Before the gig, Asake had posted on Twitter asking fans not to try to gain entry unless they had tickets.

Police said more than 4,000 people were in attendance at the concert and they have set up a website for people to submit relevant photos and videos.

State of The Nation

Over 170 People Lose Their Lives In Indonesian Stadium Riot