Nollywood actress, Regina Daniels has eased fully into motherhood and it’s a beautiful thing to see.

The dotting mother of two has recently become a subject of conversation to Instagram users after a video of her scolding her first son, Munir Nwoko makes the round.

In the video, Munir could be seen on his knees begging his mom not to be angry at him for destroying a newly bought toy she got for him.

May Edochie Celebrates Her In-Laws With Beautiful Words On 53rd…

May Edochie Marks Independence Day With Outfits In WAZOBIA…

Regina Daniels who seemed a bit agitated would soon have a change of heart after her adorable toddler melted her heart with his total contrition and innocence.

The 2-year-old who was meant to apologize to his mom got everyone in the room bursting into laughter after he said he forgives her instead. Regina had no choice than to draw him close for a hug after he admitted that he was sorry.

Watch the adorable video of the mom and son moment below:

See some reactions from fans pleading on behalf of Munir below: 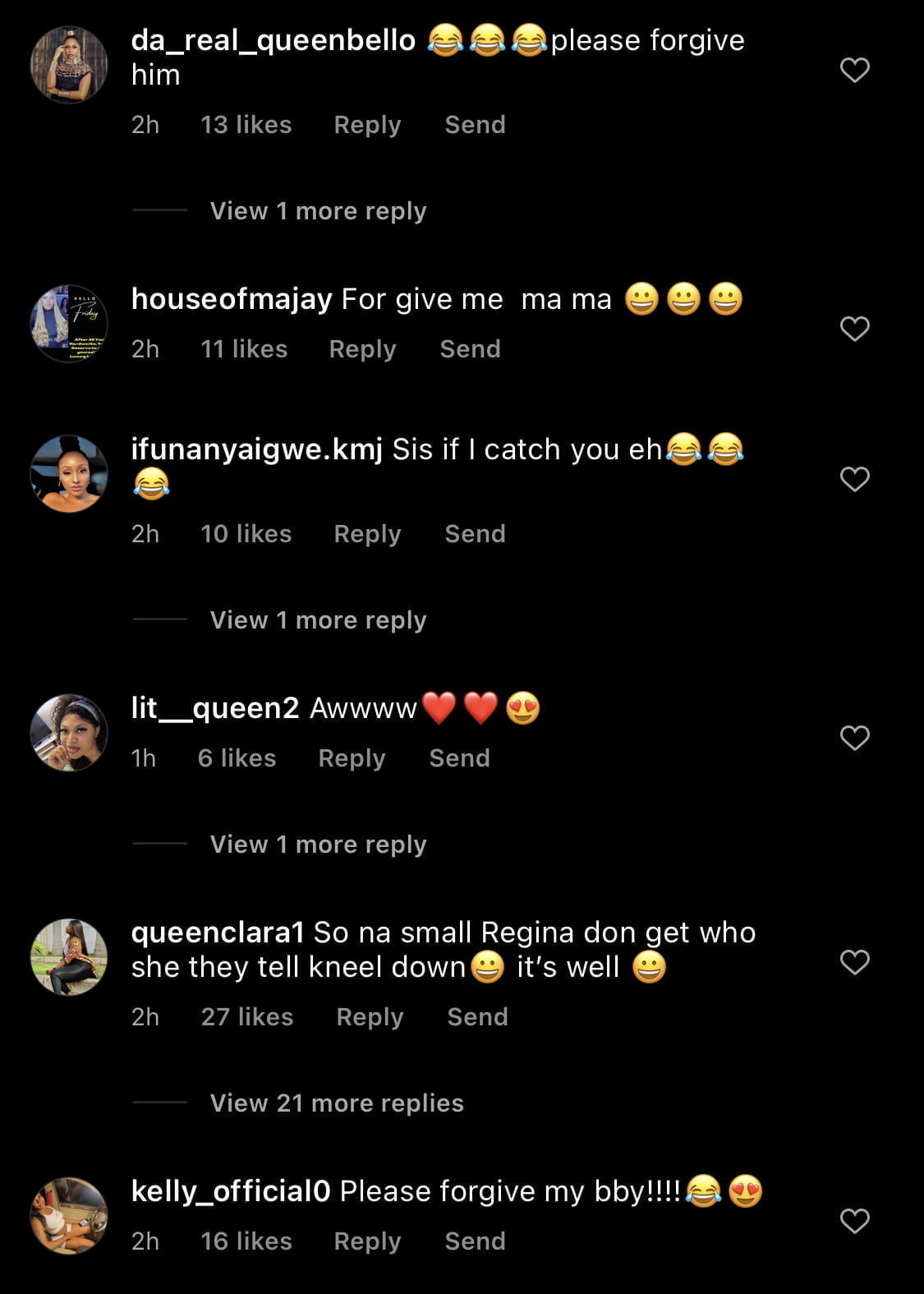 Regina Daniels and her husband, Ned Nwoko welcomed their first child together, Munir on June 29th, 2020. The couple welcomed another son, Khalifa on the same day 2 years later.

A deft writer and social critic whose aim is to demystify the seriousness hovering around News/Articles delivery.

Actor, Stan Eze Reveals He Was Not Happy On Their Wedding Anniversary ( Video)

May Edochie Celebrates Her In-Laws With Beautiful Words On…

May Edochie Marks Independence Day With Outfits In WAZOBIA…