The world was thrown into a mourning mood following the passing away of the late monarch. King Charles III, heir apparent to the throne, ascended the throne automatically at the age of 73.

Queen Elizabeth served for 70 years, 214 years before she died.

As the world sets to bid goodbye to the former Queen of England, Burbles media brings you everything you need to know about the Queen’s coffin, which cost a fortune. 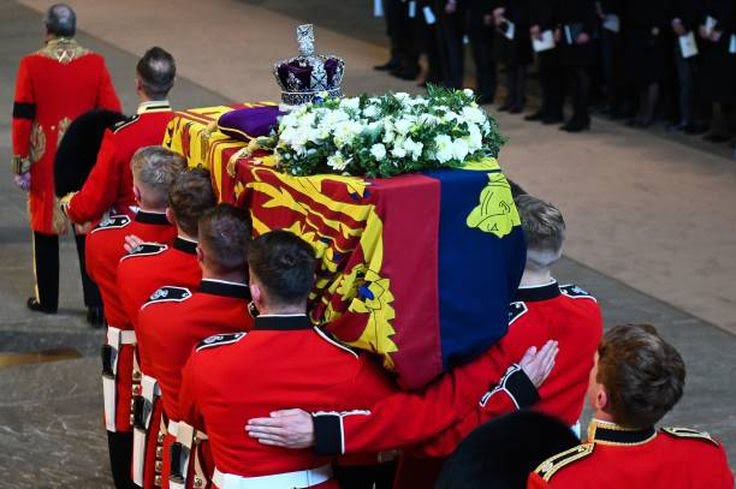 Queen Elizabeth II’s coffin was reportedly crafted at least 32 years ago. It is made of English oak, which is rare these days. It is also made of lead, which is said to make the casket airtight helping to stop moisture from getting inside, making it increasingly heavier and requiring eight pallbearers to move it.

Miraculous Story Of Harrison Okene, A Nigerian Sailor Who Spent 3…

Will They Be Buried With Her? See What Will Happen To The…

The Times also reported that it has been designed to specifically hold precious fitments securely on its lid. Other unique features of Queen Elizabeth’s coffin include the Imperial State crown, orb, and scepter, which represent different sovereign powers.

How Much Does Queen Elizabeth II’s Coffin Cost?

The Queen’s coffin, which has been in storage under the care of two different firms which are responsible for royal funerals, reportedly cost 100 thousand pounds, which is equivalent to N75 million naira.

While the price has left many wondering why a coffin should cost that amount, it could be recalled that Nigerian business tycoon Obi Cubana gave his mother Mrs. Ezinne Iyiegbu a Queen-like funeral ceremony in 2021 and laid her to rest in an expensive casket.

Among the expensive gifts that were presented to the businessman was a coffin, which reportedly cost N30 million and was donated by a close associate.

However, Queen Elizabeth II’s funeral is expected to cost $9 million and will be attended by world-renowned politicians such as American President Joe Biden, members of the royal family, and other prominent figures from all walks of life.

Queen Elizabeth’s funeral will take place at Westminster Abbey and her remains will be laid to rest at St George’s Chapel at Windsor Castle.

Thomas Adebe is a Co-Author Of Burbles Media. A Well Trained And Prolific Writer Who Brings You The Latest, Trending, Hottest Scandals And News bits From Social Media.

Thomas Covers Stories Ranging From Your Favorite Local And International Celebrities As You Would Love To Know More About Them.

Miraculous Story Of Harrison Okene, A Nigerian Sailor Who…

Will They Be Buried With Her? See What Will Happen To The…

What We Know About The New King Of England, King Charles III